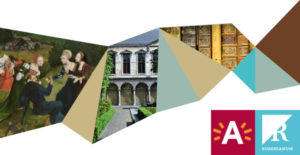 In the early modern Low Countries, distinctive patterns of collaboration developed. Not only legal agreements but also relationships of trust fostered an artistic culture in which collaboration was a central practice – seemingly as important to the participating artists as to their works’ viewers. TheTemptation of St. Anthony (Madrid, Prado), painted in Antwerp in about 1520–24, was described a half a century later and far from its geographical origins as a collaboratively painted work: a 1574 list of works that King Philip II of Spain sent to the monastery of El Escorial expressly described the painting as having figures by Quinten Metsijs and a landscape by Joachim Patinir.

Rubens, considered the ‘genius’ of the Flemish Baroque, is mainly associated with two types of collaborative relationships: on the one hand, as a friend and equal of other masters, such as Jan Brueghel I; and on the other hand, as the supervisor of his pupils, workshop assistants and affiliates working in other media, such as tapestry weavers, sculptors and printmakers, who executed his designs. Yet Rubens also collaborated in ways that are perhaps less often considered collaborations: his ‘autograph’ works undoubtedly benefited from dialogue with colleagues, friends and patrons; in reworking objects in his own collection, Rubens ‘collaborated’ with artists from earlier periods. Rubens was not exceptional in working so collaboratively with his colleagues, as the prevalence and variety of artistic collaboration in the early modern Low Countries attests.

Collaboration has long been a critical component of artistic practice, employed in different periods, places and media. Yet the early modern Low Countries saw particularly rich elaborations of this practice, with not only artists but also dealers and collectors involved in shaping collaborative artistic relationships, the products they spawned and how these works were viewed. This conference takes artistic collaboration to be the process of two or more individuals contributing substantively to a work’s conception and production, such that the end result is something different from what these individuals could have produced alone. A wide range of motives prompted such collaborations, and they occurred within particular historical circumstances.