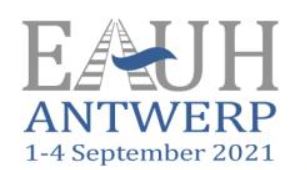 The European Association for Urban History (EAUH) was established in 1989 with support from the European Union. Its goal is to provide a multidisciplinary forum for historians, geographers, sociologists, anthropologists, art and architectural historians, planners and other scholars working on various aspects of urban history from the middle ages until the present.

Every two years, the EAUH organises a large-scale international conference, at which European and non-European scholars discuss new directions in the field, conduct and stimulate comparative research, and initiate future collaborative projects and publications.

Membership of the EAUH is free of charge, and is confirmed by repeated active participation during the conferences. The EAUH supports the participation of young scholars by bursaries, which cover registration fees. Since 2010 the EAUH has been able to offer mobility bursaries in a limited number of justified cases.

Since 1992 the EAUH has organised fifteen international conferences. The first conference took place in Amsterdam.